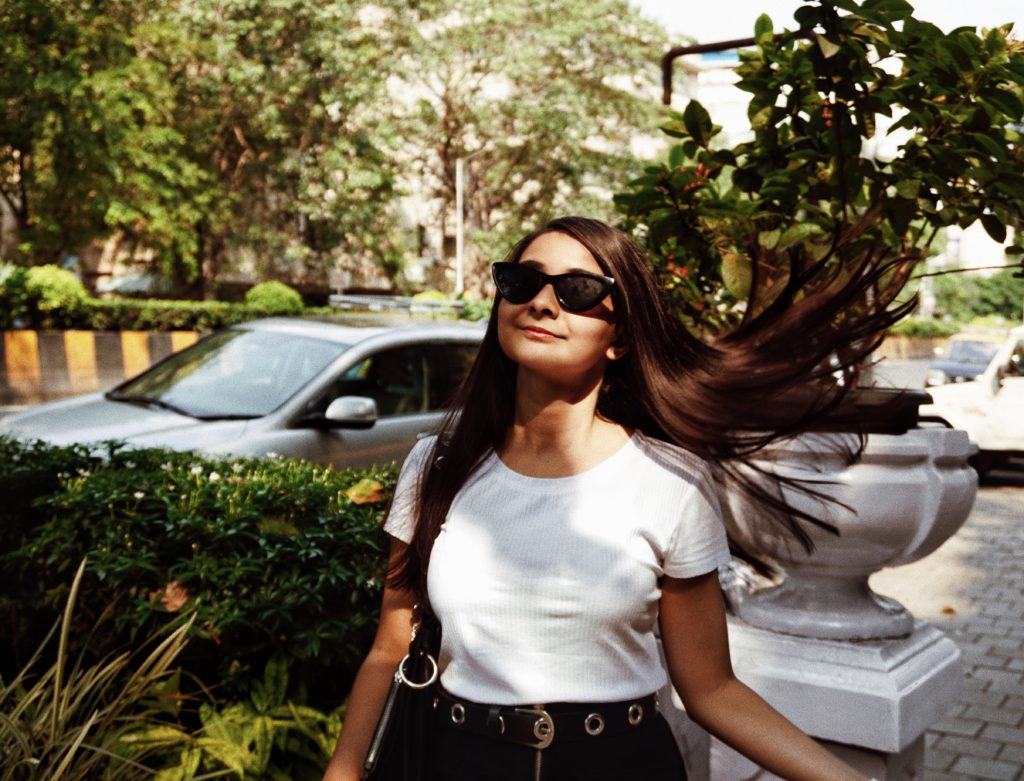 I haven’t really given much thought to styling my hair for most of my life. When I was a child my mother gave me the ‘fringe cut’ with straight hair at the back. It remained my haircut for years.

The first time I really took charge of styling my hair was in my early adolescence: I grew out the fringe and started to center part my hair. The second time was after graduating school when I got myself the ‘layered cut’. It was the rage. The third time was at the end of Junior College when I started to dislike layers and got myself the ‘Victoria Beckham’ bob.

For those who had never seen me in long hair applauded my new sleek look; those who had, blatantly criticized it. But for what it was worth – I really did feel good about my new hair all the 3 times I changed my hairstyle. However, with every change of hairstyle I started to notice a pattern: I loved it at first but gradually as my hair grew out, I started to long for a hairstyle that I could feel comfortable in.

In the interim period before I could decide on my next hairstyle – I implemented what my mother did – I got it trimmed – plain and simple. And just like that, as time passed the need to fixate on changing my hairstyle gently wore off. See, the more I started to gain a sense of self – that much more I began to realize that I loved my hair as it was: left alone. 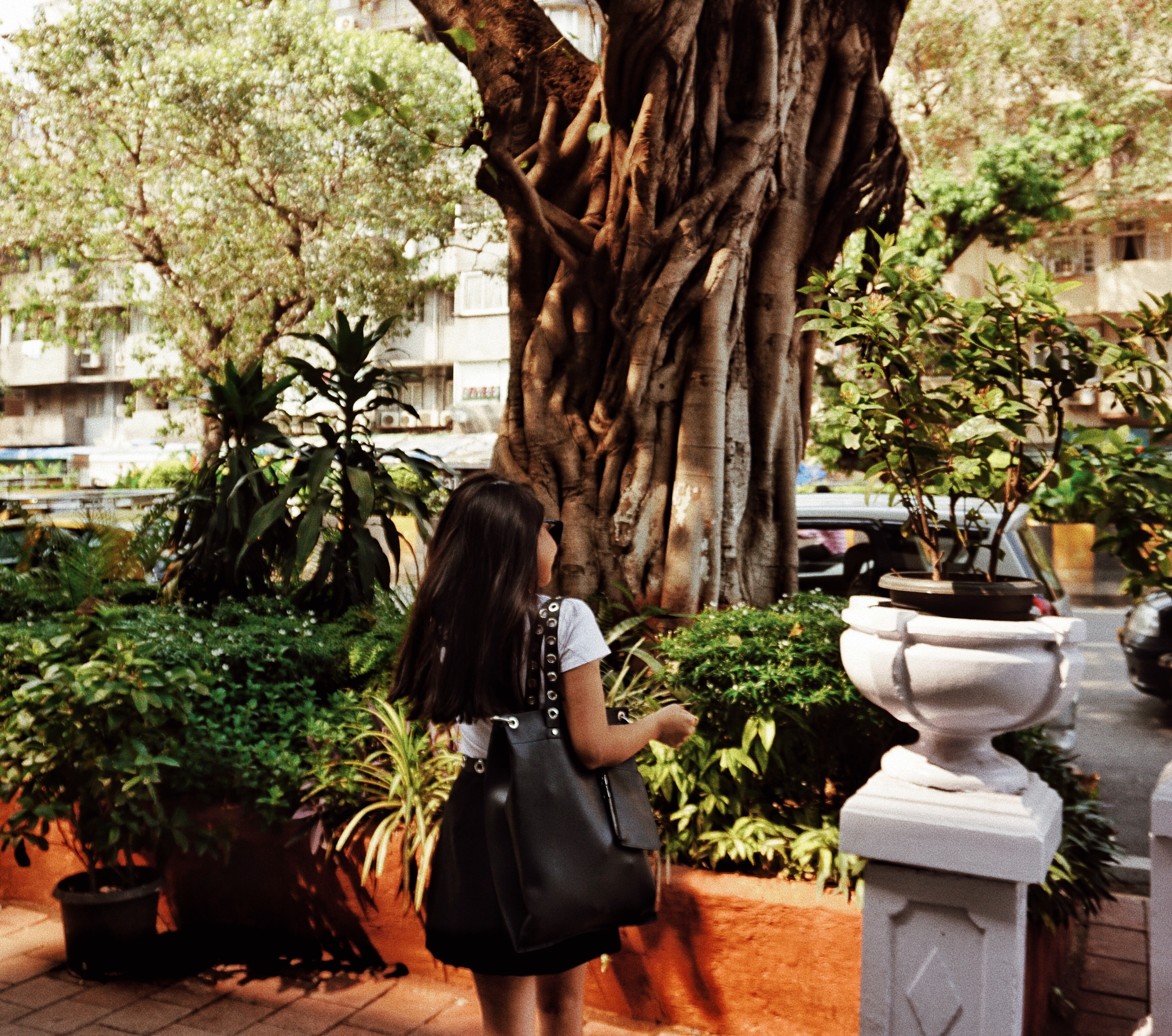 Since then I only went for basic trims and occasional soft layers – but never anything elaborate. And it all continued till January this year, when I went to my local salon for my annual trim. It took about 20 minutes to snip off those split ends and even out the edges. But somehow, when it was finally done, something felt unnatural about this hair.

For one, the bangs in the front felt longer than my hair at the back; as for the other, my hair didn’t feel light, like it usually did after a trim. Finally, after repeated reassurances from my hairdresser that despite my dissatisfied expression my hair did still looked fantastic – I left the salon feeling uneasy.

I gave my new haircut a few days to settle in before I could draw up a proper conclusion. Besides there was the fact that I was in no position to cut it any shorter. So, based on my mom’s suggestion I decided to let it grow out for a few months before I could do anything else.

Time passed – life moved on and I continued to take pictures for my Instagram. On some occasions, when people complimented my hair I felt good about it; the other times I grew adept at hiding how truly unhappy I was with my own hair. Even though the reassurances of how nice my hair looked came in plenty – there was always a nagging feeling that I didn’t like how it felt on me.

But one-day it all changed when I embarked on an impromptu shoot with an old friend. After I got home and uploaded all those shoot pictures on my laptop – I saw one thing that I had never seen before – my bottled up agitation reflecting through each and every one of those photos. To top it off, my hair started to visibly look unflattering to my face too, but what ticked me was the fact that I no longer appeared as though I was content about my appearance. I felt less confident and it showed.

The very next morning I re-watched the YouTube video my mom sent me on ‘self hair-cutting hacks at home’ and I cut my hair before any salon could even open. I wont exaggerate enough to say that it made a colossal difference – but I will say this: with every snip of my scissor, I could feel little bits of pent-up discontentment deplete from my body. Finally, after 30 minutes – I could confidently say that my hair finally started to resemble its old self.

Apart from theoretical research that cutting your hair releases Cortisol – a stress related hormone, there is no real scientific proof that specifically proves that the length or style of your hair particularly impacts the way you feel.

But non-scientifically speaking I can tell – in so many instances – changing your hairstyle does make a difference.

Why do you think Carrie Bradshaw from Sex and the City (the movie) dyed her hair brown after Mr. Big ditched her at the altar? OR Meg Ryan from The Women straightened her curls after she was fired by her father and found out her husband was cheating on her? For real: Selena Gomez who traded her long locks for a bob cut after her very first break-up with Justin Bieber and Taylor Swift who went back to blonde from bleached blonde, after her break-up with Calvin Harris? Or the other countless women out there who give themselves a new haircut for every new job, after every break-up or after relocating to every new city?

Yes, Carrie Bradshaw needed to go unrecognized from the public eye for a while; Meg Ryan wanted to reinvent herself before launching her own fashion label; Taylor Swift wanted a new look for a new man: Tom Hiddleston, and Selena Gomez? I guess she just needed a break. While all these women had valid reasons to change their hairstyle, what they needed unanimously was to feel better about themselves internally through external validation. To escape from the feeling of dissatisfaction that is linked to a certain phase of your life in which you appeared in a certain way. The hairstyles say it all!

We can’t drastically change our appearance altogether, but what we can do is tweak it slightly by changing our hairstyle. And that, despite knowing we can’t always control what happens externally, just the idea that in the wake of a hardship – you’ve emerged out as a new person through your new hair does provide a profound and inexplicable sense of comfort. Even if it is just for a little while.

Funnily, I never had to go through a break-up or a firing to figure out the importance of feeling good about my hair, or its relation to life in general. But it’s been a little above 2 weeks since I trimmed my own hair and honestly, I haven’t felt this much at ease with my appearance in a long time now.

Maybe I’m over thinking it. But, I can’t deny I feel much happier with how my hair looks now. It’s just the right length, with the front just as even as the rest of my hair.