It was my 14th wedding anniversary and I was given a complimentary Garden Suite on the 6th floor of the Old Wing of the Taj for a night. That night.

My wife and I checked in at about 3 in the afternoon, and after spending a lazy day we wanted to surprise our friends – the owners of Leopold Café – for dinner. As fate would have it, they weren’t there. Not at their house and not even – by God’s grace – at their restaurant.

We returned back to our hotel, and by 8:30 pm we ordered room service. We had just finished dinner by 9:15, with all intentions to spend a quiet night in, when we heard a LOUD noise. At first we thought it was a wedding ‘baraat’ – typical of drums and blasting music. We even made a joke about the groom – the ‘poor guy’ who was getting married the same day we did.

And just as we were laughing, the messages and calls started to pour in. The transformation was so sudden – one moment we were jubilant and the next we were fearful.

The first thing we heard was the shooting at Leopold and inwardly all I wanted to know was, if my friends were okay. They were, we found out later.

To get a better idea on what was happening, we switched on the TV. But before we could really watch anything – like a time bomb – outside, the chaos erupted. We could hear screaming from all directions, the rushing of feet, the faraway cries and even the breaking of glass.

Out of fright, neither one of us stepped out or even dared to peek out of our room. We were terrified, but still, also calm from the safety we felt from within the walls of our suite. It isolated us, but it also formed as a barrier that protected us from the pandemonium outside.

We didn’t entirely know what was happening and even though it sounds selfish, in some way not knowing helped us remain calm. And honestly, the noise alone was chilling enough. 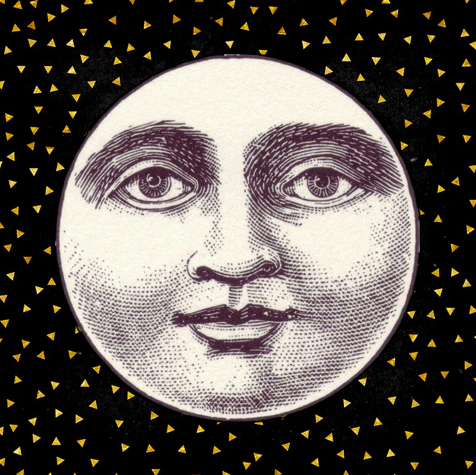 Shortly after, the Taj Management called to inform us about the terrorist break-in and everything we had to do to stay safe. By 10:30, not only had we switched off all our lights, but by then the entire hotel was submerged in a cloud of desolate darkness.

The only thing – only thing – that literally kept us knowing, that the terrorists were still rampant was…unfortunately the people’s continuous, helpless screams.

It was horrible, but it kept us alert.

By midnight, because of the gunfire and grenades, the air inside our room had gotten so unbreathable, we had to move out into the balcony. This was, both a good choice and a mistake. A good choice because we could breathe again; a mistake because it brought us out of our shell of incomprehension and exposed us to the severity of the situation.

The inside of the Old Taj is designed in such a way that when you stay in a Garden Suite, not only does it overlook the swimming pool but also a bit of the corridors and the windows of other rooms. And this alone, made me realize – even in the remotest of ways – how lucky we truly were.

If people were not dying of bullet wounds or blasts, they were dying of suffocation. For those who didn’t have balconies, the air had gotten so hazy and so unbearable that they were using whatever they could, to break open windows. Sometimes, even at the risk of being spotted.

Apart from this, we saw broken glass, people crying, people running in herds and in some cases, even praying.

For me it was my unquenchable desire to survive. I convinced myself I was going to live and anyhow, make sure my wife and I make it out.

What also helped, was our constant communication with the outside world – knowing that even in the far corners of the city – our friends and family held prayer meetings to just give us hope, just to give us courage.

We stayed in the balcony till 4:30 in the morning, when out of nowhere a staff member in a black suit ran towards us and told us about the fire escape next to our room. At first it felt like a risk, but my desire to escape overpowered my fear and with my wife by my side, I took that chance.

We ran down till the 2nd floor when our path got blocked by a food cart stacked up to the ceiling with piles of dirty dishes. Just the two of us couldn’t move it, but then an English couple joined us from behind and helped us move it.

That’s when I…saw it: five or six people, white as our hotel room sheets, lying dead on the floor.

I was the only one who saw this and when I think back, I’m glad it was only me, because had my wife seen it, she wouldn’t have been able to digest it. And then, I don’t know if I took it as a warning or if I was acting on my survival’s instinct, but I decided this path blocked by the dead wasn’t the way ahead. Immediately I turned around and directed everyone towards the passage opposite, through the service corridor lined with AC ducts.

Along the way, I caught sight of another staff member standing in a corner. He was so silent, almost as though he was frozen. When he saw us, without a sound leaving his mouth he pointed out to a small ladder standing outside a window.

I don’t know why he didn’t take that ladder himself, but wanting to escape so badly, I guess I never asked. But just as that ramshackle little thing brought us down onto the footpath, it made me realize that his silent little gesture was what brought us out to safety.

We were on the street by 5:15, from where our friends, the owners of Leopold picked us up and took us to their house. We didn’t speak much. We didn’t have to, we were both in a similar space, trying to make sense of what we had just been through.

That morning I passed out for a few hours and finally the next day when the roads were safer, my wife and I returned to our home.

As soon as I reached home I hugged my daughter. I wouldn’t say I was traumatized in any way, but when I hugged her I felt like I’d entered a sanctuary. After that, I spent the next few days doing what the world did: I watched the news and read the papers.

On one hand it was disturbing to read about all the people who didn’t make it, especially when you knew some of them. On the other it was reassuring to hear that the terrorists had been contained and killed.

For my wife, it was a whole different story. She was rattled – for days or even months. She jumped at the smallest of sounds, but when friends and family started to come over, she slowly got better. And when Taj finally reopened she even came with me to meet everyone. We couldn’t go back the next year to spend our anniversary – she wasn’t ready yet, but the year after that, we were back there again.

It’s been 10 years. Hatred is still prevalent and life is still unpredictable. But time moves on and with it, so did we. Making the most of life, day by day.

I wouldn’t call my escape heroic in any way, it was a lot of luck and a desire to live. Sometimes as human beings we don’t give ourselves the credit we deserve, because when the time arises, you have no idea what we are really capable of.

In that moment, every step I took was like a choice I made – starting with staying in the room, to going down the fire escape to not crossing over the dead bodies to taking the ladder.

To, in short…choosing life over death.