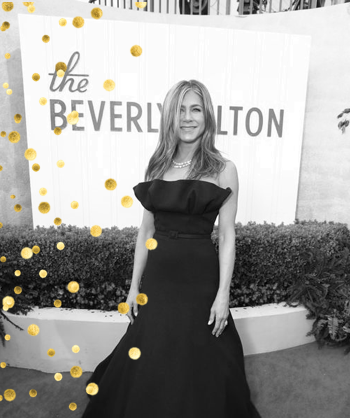 On the evening of Jan 5th, a slew of Hollywood celebrities walked down the red carpet of The Beverly Hilton Hotel in Los Angeles for one of the most anticipated nights of 2020: the 77th Golden Globe Awards.

From its inception in 1944 the Golden Globes aimed to honor the best entertainers in the film industry for their achievements in various aspects of filmmaking. And as the years passed, the Golden Globes not only expanded its recognition, but it also became a platform for celebrities to demonstrate their opinions on various political, environmental or global issues from around the world.

While these opinions were often voiced through speeches or entertaining monologues by hosts – the most common form they took were through the clothes the celebrities wore, aka their Red Carpet look. A good example would be the 75th Golden Globe Awards in 2018, when everyone wore black as a symbol of their solidarity towards the #MeToo movement.

But coming back to the Golden Globes at hand (2020) – while I didn’t sit through the award function, considering the Bombay-California time difference (I’d have to start watching from 6:30 a.m. Monday morning) – I did however browse through the winner’s list, but more importantly through each and every celebrity’s Red Carpet look.

Considering how erratic the past year had been, I didn’t expect to witness the same synchronization as in 2018 – but what I did see were glimmers of almost every style trend that made its way in 2019. From voluminous sleeves to glittery eyes, to the famous pantsuit – here’s a compilation of 7 style trends of 2019 that I found on the Golden Globes Red Carpet:

Whether they’re on wrap dresses or organza shirts or velvet corsets, puff sleeves really did make it up the fashion food chain in 2019. It was inevitable they’d somehow make it to the Golden Globes Red Carpet.

I still can’t tell if the Pantsuit trend was inspired by the reckoning of the inequality in pay based on gender, that look Hollywood by storm last year, OR has it become a staple for gay women (minus Phoebe Waller-Bridge)? I’ll leave that to you – my dear reader – to decide.

Two words: Feminine and gentle. And also because inner-wear is the new outer-wear.

I wouldn’t call layers a 2019 style trend considering it’s been a red carpet style staple for many big fashion houses like Marchesa and Valentino for years – but 2019 was the only year I did see it make it to the more affordable fast fashion brands.

Ever since Euphoria debuted on HBO sometime in mid June last year, Donni Davy’s portrayal of Zendaya’s character as a conflicted 17 year old drug user through a single iridescent glittery tear, created somewhat of a cult effect on its audience. From the numerous YouTube tutorials recreating that very same look, to bloggers dressing up as Rue Bennett for Halloween – the traditional depiction of a glittery eye has come a long way.

I’m not exactly sure in which category this dress falls into. But what I am sure of is that I’ve never seen anything like it. But I do enjoy knowing that fashion does draw inspiration from Natural histories, and in Joey King’s case, the zebra cuttlefish!

Although not a 2019 style trend because the very definition of ‘classic’ in the fashion vocabulary is timeless, but I did feel the need to bring these gowns to your notice because they are simply just so beautiful. And 3 out of 4 are Dior!